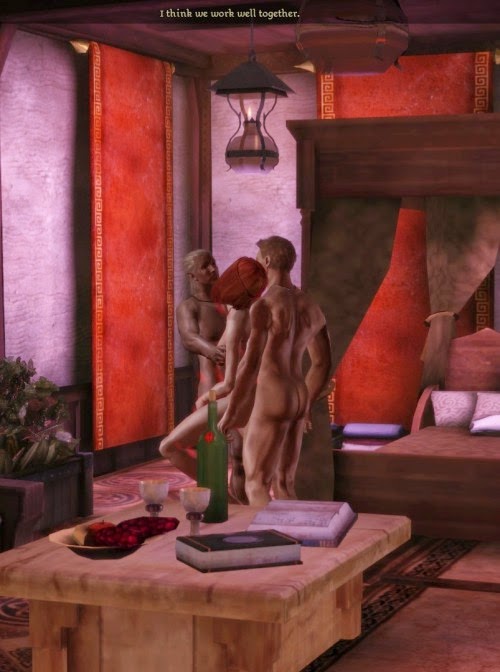 Dragon Age Origins is all about actually playing your role – it is RPG after all. But, it’s a game – I want my game to be fun! So, i use the chance, and romance with Alistair and Zevran. What do I get? – yup, a jelousy talk. Choose, they say. Me or him, they say.

The problem is, I do not want to choose. I want to have them both! And I can, thanks to the right mod. I use polyamory by nitro9a , but there is another one, Polygamey by xatamos, though I’m not sure if it really works.
But, what is a good romance without some hot sex 🙂 If you want to see Your character actually do something more with your followers you should get your hands on some other mods: 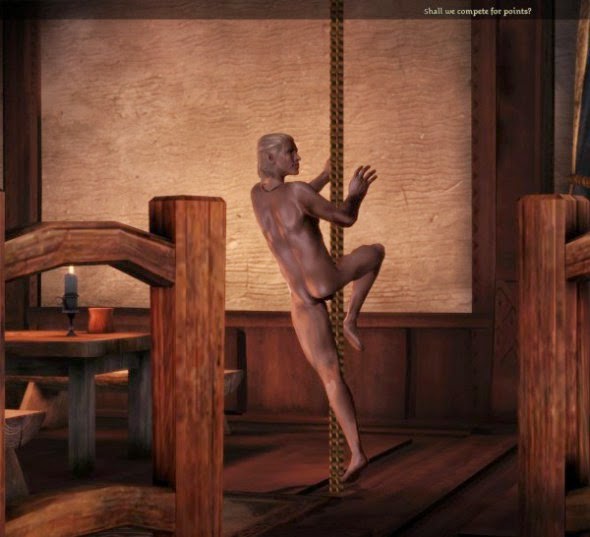 MODS INCOMPATIBLE WITH THE ABOVE:

If, unlike me, you are rather monogamous, there are several mods, that can make the gameplay a bit deeper. There are extended romance options for Zevran (I wish they were compatible with polyamory)  Alistair and Leliana.
If you are like me and would wan’t to be able to romance with every follower, no matter the sex of your warden, that you can use Equal love by Kamaji.
NOTE:
If you don’t know how to install the mods for Dragon Age Origins check here. Do yourself a favour and instal DAO mod manager – without it, installing dazip mods is a nightmare.
To get the mods you’ll need to register on the Dragon Age Origins Nexus site. It’s free and it will come in handy later, as on Nexus, there are mods for Fallout, Skyrim and more.
BONUS:
You forgot (like I did) to take Leliana with you, and now Lothering is a burning hole in the ground? – No problem, go back to Lothering, to get her, and Sten, with Meta Game Items by Xatamos. Among other useful little things (like sex and profession changers) you’ll find in it a Lothering portal, to go back to that darn village and get what you didn’t the first time.
To make your game look a bit prittier (some lighting and effect tweaks) you can use Dragon Age lighting Enhanced by Shrutesh.
PS
If you’re interested in multiple romance and sex options in Sims 3 look at this post.